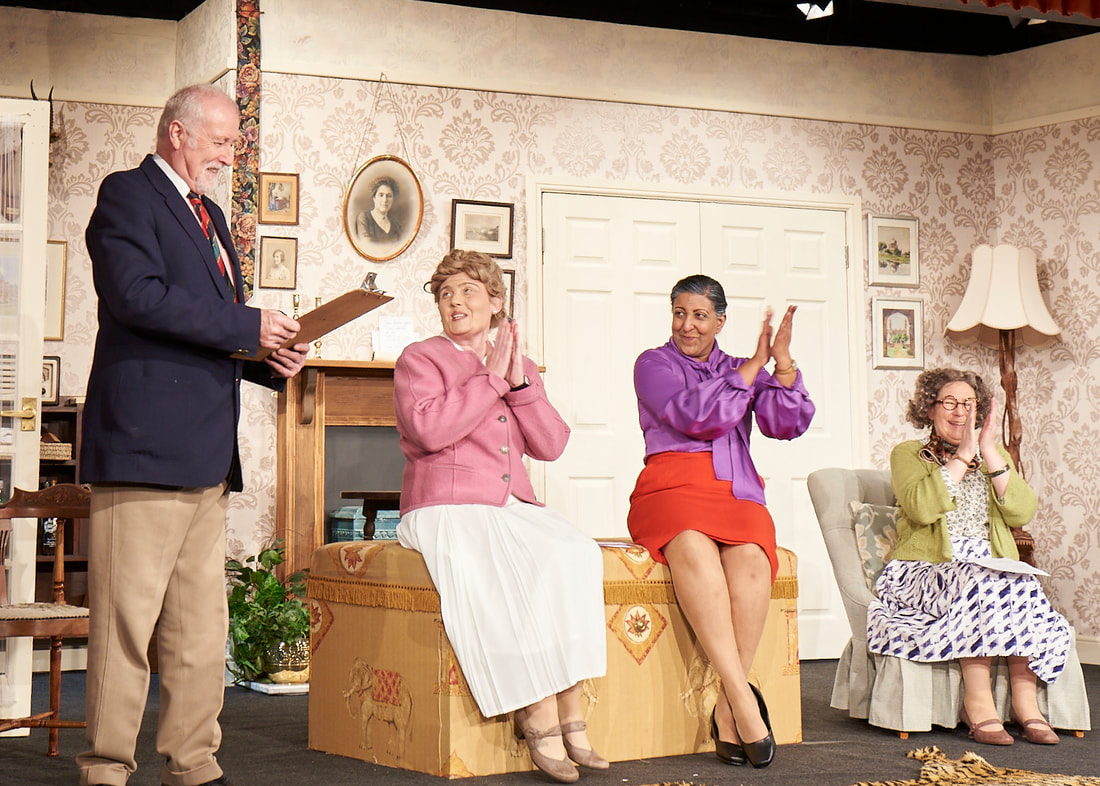 Story
Below is the  NODA review for our 2022 autumn show Breath of Spring, directed and produced by Paul Brown with a brilliatn cast and crew...

May I start by repeating my profuse apologies for the delay in getting this report to you.  What with trying to move house and being unwell recently these reports have been unacceptably delayed, thank you for putting up with me!

Thank you too for inviting me to report on this production and for your hospitality.  Also, I want to add my thanks to your Director, Paul Brown, for taking the time for a chat.

I think that your programme could have specified that the action was taking place in the 1950s, or maybe 1960s, as this piece, written and first performed in the 1950s, contains a few anomalies if it is set much later.  For an example, the central plot concerns the theft and resale of real fur coats – not so prevalent of course since the anti-animal fur movement took flight.  Also, whereas in the 1950s and ‘60s all women, of whatever ‘class’ wore hats outdoors, this has not been the case for the last 50 years.  Therefore the need for Dame Beatrice to wear a very striking hat in order to be remembered was not so important, just wearing a hat is sufficiently unusual to be remarked upon.  In addition,  the script indicates that £50 or £100 could change someone’s life to an extent that is not the case nowadays.

On the subject of money – I thought that the notes which were scattered from the cushion looked a tad modern.  However, all the rest of the set dressing and props, managed by a team of six, were excellent and timeless.  We got a feeling that the person living in the room had travelled widely, collected souvenirs and was fairly well-to-do, and that was before we had actually met Dame Beatrice.  I loved the ottoman chest and the standard lamp for example.   The trophy animal head was a nice touch and right for the character who owned it but, of course, would be remarked upon adversely today, So, congratulations on the design and construction of the set are also in order.  You are indeed fortunate in the support you get for all your shows in this way.

I also noted, and appreciated, the little changes to the set to denote the fact that scenes 1 and 2 in Act 2 were set six months apart.

Costumes - Patricia Newbery (also part of the props and set team I noticed – what a busy lady!) were all excellent and fully in keeping with the characters.

As for the cast – you all maintained excellent, and very believable, accents throughout but the bouquet for the most impressive range of accents must go to Ceri Nicolson, who played Nanette Perry.  The range you exhibited when setting up situations by telephone was excellent.

Waheeda Jafferali gave us a superb Dame Beatrice, so totally believable, what a contrast to your last panto role too!  All your moves were totally in keeping with the character and your growing delight in helping less fortunate people through larceny was well expressed..

The maid, Lily Thompson, was very well characterised by Becky Valentine, but Becky, do watch your projection when you turn upstage as we lost a few words.  Your accent was well developed and made an excellent contrast to the more upper crust characters.

Dave Bowden’s Brigadier was a delight.  A typical military type, barking orders, obsessed with exact timings, you were excellent.

Lauren Cubitt gave us a lovely portait of a slightly ditzy society lady searching for her next husband but perfectly happy to be distracted!  You had very telling facial expressions which added such a lot both to our understanding of your character and the ramifications of the developing plot.

On the slightly lower rung of Society we found Miss Elizabeth Hatfield.  Ruth Perkins played this anxious, china mending soul with great conviction – and your panic was always well expressed.

The two policemen were played by Peter Rose and Robert Watkins.  My only comment here concerns the Constable’s helmet which was left on the table at the end.  If he had taken it off when he entered the flat surely he would have kept it under his arm and not put it down – but having put it down then he would have picked it up on leaving the room!  I hope this was a one off and didn’t happen at your other performances.

Finally, to the prompt, Margot Connor.  I am afraid I did hear you.  I do not like to see a prompt credited in the programme I am afraid!  I am sure you did a great, and necessary, job at rehearsal but I am always happier when there is no prompt during the actual production – cast always seem to have an immense ability to get themselves out of a state of memory loss if there is no back up!  Quite often this is due to another cast member who knows that they have to keep the play running smoothly, and, let me assure you, although you know you have had a hiccup, it’s ten to one that the audience won’t!!!

I wish you well for your Murder Mystery Supper event in February. 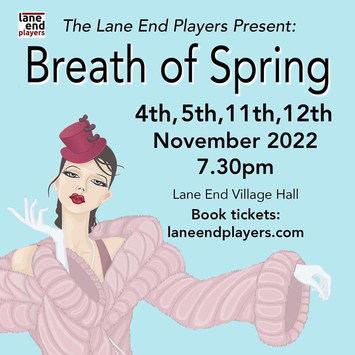